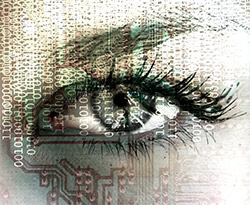 Unbeknown to the public at large, the cult phenomenon and mind control is alive and well in Australia.  On any given day you will find very many organisations, small or large, some posing as churches or types of religions, meditation groups, self-development groups, posing as pseudo healers, fortune tellers, psychics, self-proclaimed spiritual leaders, calling themselves gurus, gods, incarnations, teachers, pastors etc.

WHO CAN BE AFFECTED BY MIND CONTROL?

They say that there is one born every moment and this is very true when it comes to someone falling under the spell of mind control.  No one is immune from the clutches of those who set out to entrap and recruit membership.    Cults and mind control  affect a wide range of personalities from highly educated mature individuals to inexperienced teens.   Anyone can become entangled in the web and the cults know exactly how and when to strike.

WHAT IS THE EFFECT OF MIND CONTROL?

The damage done is immense and far reaching.   They will set out to fleece you of your money and assets, isolate you from your family and friends, physically and mentally abuse you and ultimately take total control of your life.  They will approach you cunningly when you are most vulnerable, offer you love and friendship, a sense of belonging, a glorious, trouble free future , and when you are not looking  steal your very being.

Not only does it affect the mental health of the individual it encompasses the entire person, mind, body and soul.  The immediate and extended family as well as friends and colleagues are  often affected and the results can linger for years often resulting in permanent damage.

Most countries realise the very dangerous link of mind control being used to indoctrinate young people into becoming terrorists. Unlike Australia many countries are beginning to deal with this dangerous situations and are fighting back.    For instance Germany has taken action against the Church of Scientology, and has banned them; France had demanded that the Jehovah’s Witnesses pay back $25 million in taxes to the government.   Although CCA has lobbied various parliaments for many years there has been little if any inroads made.

WHAT IS A CULT?

Most queries to Cult Consulting Australia are people wanting information as to whether a particular group or organisation is a cult or not. The difficulty is that the term cult is applied to many situations and it is often difficult to define.     In our opinion any situation that removes freedom of the mind is a cult.